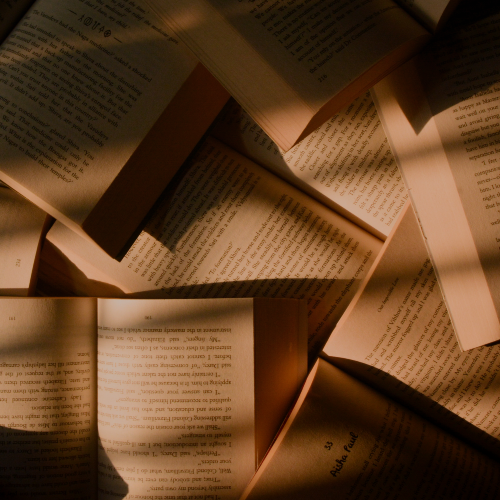 Astrid Lindgren’s 1945 book Pippi Longstocking is one of the most popular and influential children’s books of all time. It knows translations in 77 languages and many adaptations. Many of the readers of this article might know the character from the original books, the tv-series, the movies, or picture book adaptations. Despite all of this, when the book first came out in Sweden in 1945, it caused a big controversy. This article explains why, along with why child readers are so attracted to the character of Pippi and what makes her so unique.

First, I will briefly introduce Pippi as a character. When reading the book, it quickly becomes clear that Pippi’s behaviour breaks every imaginable norm. She is a nine-year old girl who lives alone in an old house called Villa Villekulla on the edge of a small village. Well, alone besides her pet monkey and horse that stands on the porch. She does not go to school, apart from that one time when she thought it was unfair she did not get a fall break. To maintain herself, her father, who used to be a pirate and is now a cannibal king, gave her a chest of gold coins. Although Pippi herself does not recognise its value, the adults surrounding her do. The same goes for her immense strength: she can lift adults and her own horse, but never abuses this power; it is mainly convenient.

Her living situation is thus rather against the norm, one could say. There are many more examples of Pippi’s norm-violating behaviour. Two robbers attempt to rob her one night, but instead of feeling scared, she wants to dance with them and gives them both a gold coin for their attempted robbery. They were just doing their job, after all. She thus breaks the norms of victimization. She also breaks the norms of spectatorship and performance when visiting the circus once. Instead of remaining at her seat, she joins the acrobats doing tricks while standing on the horses. One time, she even calls into question the philosophical category of existence itself: she lifts up a sleeping man to add him to her collection, as if he is a regular ‘thing to be found’. In doing so, she does not recognize the man as a human being with feelings and autonomy, but rather as an object that can be picked up from the ground. [1]

It is thus clear that Pippi does not value the norms that are common in her world. But when looking closer at the book, it almost seems that she wants to defy the existence of norms in the first place. When doing something that others perceive as weird – walking backwards with one foot in the gutter – she often states that it is not that weird. She will say, for example, that in people in India only walk on their hands. Although these are lies most of the time, her counterarguments show a worldview in which for every norm, there is another norm to compare it to. There is no way to establish one as better than the other, and Pippi’s behaviour shows that she does what she wants to do anyway. She therefore seems to think norms have no value on their own. Rather than simply not keeping to norms, her behaviour questions the existence and relevance of norms altogether.

Let us now look at Pippi Longstocking as a book. Published in 1945, Lindgren’s Pippi Longstocking is a children’s book entirely different from what we had seen before. This is not just because of Pippi’s behaviour, but also because of the child image that is portrayed in the book. A short overview of the child images that came before it is in place to explain why Pippi as a children’s book was both so refreshing and controversial.

Children’s literature knows a much shorter history than other forms of literature. Although many works of literature are already read by children, the first works that were specifically written for children in the West only appeared after the book press was invented and illiteracy began to decrease. The need for children’s literature – not only read by but specifically targeted at children – arose around the time of the Enlightenment. [2] The Enlightenment, of course, was a period known for its incredible increase in scientific research. People started believing in a sense of progression. One of the ways in which progress could be established was by education: good education now meant a better future later.  Children were seen as not-yet adults, whose education played a big role in the kind of adults they would become. Children’s literature therefore included either cautionary tales, with images of children misbehaving and the story ending badly for them, or stories or poems about virtuous, adult-like children who loved learning and were always ‘good’.

Romanticism was in many ways a response to the Enlightenment, and children’s literature is no exception. During Romanticism, childhood, as portrayed in children’s literature, became valuable in itself rather than being seen as the period before adulthood. It stood for innocence, fantasy, and nostalgia, but it also seemed to oppress adulthood and growing up. This child image is shown, for example, in Peter Pan. Peter never stops being a child. He leads a wonderful life, being able to fly, but as soon as he would embrace adulthood, he would lose this ability.

Both images were shattered by Pippi, both as a character and as a book. The story about the girl who does not need adults or education because she knows best for herself caused an enormous controversy when the book was first published in 1945 in Sweden. We can now see why: the norm was that children’s literature should either be primarily educational (entertaining only in the second place) or highlight a utopian idea of childhood, with its innocence and imagination. Pippi did neither. She does not go to school, and, more importantly, will not let adults tell her what to do. She is also innocent nor ‘childlike’: her mother passed away when she was younger and many people see her life as tragic because she lives alone as a nine-year old. She deals with very real problems in her own way, such as the law, bullying, or a fire that broke out. As a book, then, Pippi showed a completely new image of a child, namely of a competent one. Children’s books were, no matter what image they portrayed, written, and therefore ruled by adults. Pippi showed a character of a child that did not need adults for the first time, and she got by fine.

The worry that sparked the controversy was one that was already seen in the reasoning behind the enlightened and romantic child image, namely that children’s literature should emphasize either education or innocence. The worry was that children that read Pippi would copy her behaviour and would become ‘bad’ children. As it turns out, however, most children can relate better to Pippi’s neighbours, Tommy and Annika. The value of the book is not in its exemplary function, but in its imagination and humour. It gives children a feeling of empowerment in seeing such a competent child, all the while not taking itself too seriously. And as it turns out, the worries quickly faded to the background because of its success. There was no controversy to be found when the book was published in the Netherlands only 5 years later. Pippi, once again, proved all adults wrong.